I received so many great entries for the Valentine’s Day contest that it was hard to choose the 3 finalists!  Thanks so much to everyone who took the time to write your story.  Without further ado… here are the three finalists (I’ve posted just a small selection from each entry):

Edited to add:  The poll is not accessible on cell phones.  Comments do not count as votes, a vote must be entered into the poll to count. Thanks for understanding!

EDITED 2/18 – Unfortunately due to circumstances beyond my control the voting in this poll was compromised.  I’ve removed the poll and have offered a free engagement session to all three finalists.  I’m so sorry for any inconvenience. 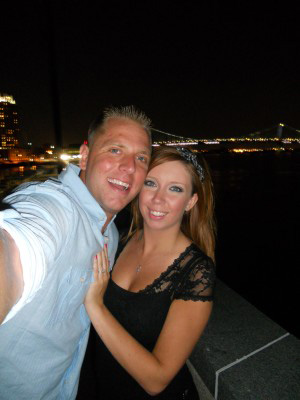 Julia wrote to me about the night Chris proposed:

In June of 2011 we got BIG news. We were having a baby! Though it was quite the surprise, our daughter is the greatest gift we could ever ask for. As a celebration Chris took me to the Mushulu Restaurant in Philadelphia. I had always wanted to go there and admired it every time Chris took me to Penns Landing. On our way to dinner Chris was more quite than normal. I just shrugged my shoulders and enjoyed the car ride. We got there about 30 minutes before dinner. We decided to walk Penns Landing and go to the place we went for out 3rd date. He took millions of pictures which also struck me as odd since I am usually the one taking all the pictures. We enjoyed our dinner and watched the sun set from the boats upper deck. After dinner we went back to the Penns Landing Pier and sat and talked. This has always been a sentimental place for me. It’s the place I realized I was falling for Chris. As I was looking at the lights reflecting on the water Chris was behind me and I had no idea he was down on one knee. He called my name and I turned around only to have my breath completely taken away. He asked me to marry him and I said yes! My emotions overwhelmed me and tears of joy ran down my face. It was a moment of perfection, and I will never forget that. 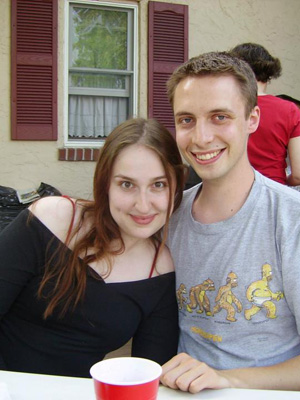 Stephanie wrote about how she and Matt had been friends and suddenly she realized she was in love with him and made a plan:

So, I made the best seduction plan a nerdy girl could make – invite him over for a movie night, provide copious amounts of girly drinks (both of us have a low tolerance, so not “too” much), make my house as COLD as possible, and put on the most boring movie I could find – “The Tentacle” (1977). I was hoping he would get bored, tipsy, and cold and make out with me. But no – he let me have the blanket (what a gentleman), put a jacket on (I guess that’s logical) , and started MAKING FUN of the movie (turns out, he’s a huge Mystery Science Theater Fan. Darn). It was starting to get late, so I told him I was going to hit the hay – but he was welcomed to crash on my couch and watch my bad movie collection. And when we both reached for the lights switch, we awkwardly clunked heads. And he finally kissed me. Or maybe I kissed him. All I know is there was kissing. YAY! 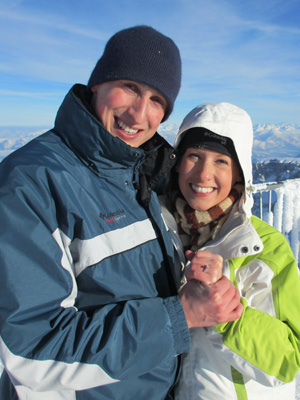 Michelle wrote to mee about how Sebastian changed her life for the better and a beautiful proposal:

My fiance, Sebastian literally saved my life. He came to know me during my darkest days when I was struggling with the life-threatening illness of anorexia. I was in the late stages of the illness and my family had tried everything to help me. Sebastian has a special charisma about him and in that way he taught me to love myself with my imperfections. He provided support to me every day and never gave up on me when others did. He is my special angel that really did save my life. From his help, I have made remarkable strides to  being committed to living a healthy life-style. In January, Sebastian swept me away to Switzerland on a romantic trip to Mt. Saentis. We rode the Gondola up over 8,000 ft, then climbed to the peak. I am afraid of heights, but this is one more fear he helped me overcome. Once we reached the summit, I was absolutely stunned by the remarkable beauty and tranquility.Sebastian asked me to turn around to get a picture of me from behind looking out at the stunning scenery. After he took the picture, he told me to turn around and there he was on one knee and said the most beautiful words to me “Will you marry me?”

11 comments
back to top